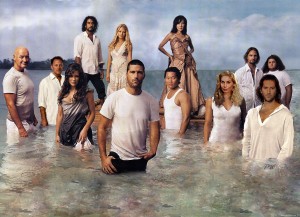 “Who is your favorite TV character of all time?”

A few months ago, someone posed this question to me, and I was truly stumped. For someone like me, who watches more TV than is probably healthy, this question was almost impossible to answer. But, as I pondered the possibilities, one character kept resonating with me – Jack Sheppard. As any LOSTie would know, Jack Sheppard is played by Matthew Fox on ABC’s hit show, LOST. Jack was the main protagonist of the show, and we learned about his battle with alcohol, his battle with his emotional relationship with his father, and his battle of love throughout six seasons of fantastic drama. What was truly great about Jack was his constant struggle between light and dark. Jack was a man of science – a doctor who viewed the world in a very black and white picture. This theme of light vs. dark, good vs. evil, and science vs. religion was not only a huge part of Jack’s life, but a huge part of all the lives of the members of LOST.

To me, LOST was more than just a television show about people lost on a tropical island. LOST changed the way television works. Television, along with movies and books, is a form of art that modern humans have brought to life. As technology advances, so does the art form. We have seen movies transform from black and white silent films, to “talkies”, to the mega blockbusters that we are used to watching today. This same transformation has taken place on our television screens. Early forms of television included sitcoms like “I Love Lucy” and “Married with Children”. Not only has the sitcom era almost completely died out (which CBS has noticed, and is bringing back to life!), but TV as we know it has undergone an evolution. Television shows have become mini-movies, with enormous budgets and CGI effects that rival even the greatest blockbuster (think Game of Thrones, Season 2). Television shows have become works of art.

A true piece of art can evoke raw human emotion from you – emotions like happiness, sadness, nostalgia, jealousy, empathy, pain and love. Great television shows manage to do this for you in 60 minutes or less. LOST set a precedent for television as an art form. LOST introduced you to characters in such a way that they became a part of your family. It made you feel like the survivors were your friends, and their successes and failures were your successes and failures. LOST made you contemplate your innate values and beliefs – do you believe in science or religion? Is it all black and white, or is there a gray area in between? LOST even made you put yourself in the shoes of others, both literally and figuratively. Sayid was a soldier fighting for Iraq, and yet he was still one of our heroes – a little piece of irony for an American living during the Iraq War. LOST made you feel anger, happiness, sadness, betrayal, jealousy, and pain. You were constantly on the edge of your seat, wondering what was going to happen next and thirsting for a new episode the second “LOST” hit the screen.

So, while LOST may not be the best drama that ever was or ever shall be, it was the first of its kind. It was the first one to feel like a six-year movie, to make you feel like the characters were your siblings, and you wanted them to survive so badly. And, one of the first to make you question who you are, as an American, and as a human. It is because of this that I find myself comparing every new show I watch to LOST. It is because of this that I find myself thinking Jack Sheppard when someone asks me who my favorite character is on TV. LOST revolutionized TV, and for that, we will eternally be grateful.

So what are your thoughts? Did any other show have the same impact? Do you think TV has undergone any other evolutions in the past few decades?