There’s nothing better than a sitcom about friends sitting around and shooting the shit all day. (How I Met Your Mother, Friends, Big Bang Theory, Seinfeld, Happy Endings) This week New Girl fully delivered in that category when the gang sat around and discussed whose “loss of virginity” story was the worst. Let dive In.

#5 Cece lose’s her virginity to Mick Jagger. Not that I would ever want Mick Jagger on my list, butttttt it would be a really good party story? Right?

#4 Winston’s pre-pubecent voice and losing his virginity to ‘Mysteria.’ Seriously, you know you cackled when you heard that voice. 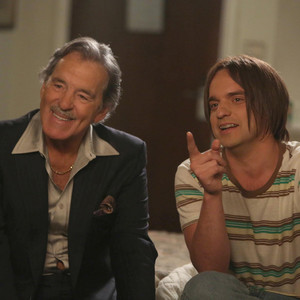 #3 Nick’s heart to heart with his dad. I just loved this moment, in all Nick’s awkward, greasy, pre-pubecent glory.

#2 Schmidt and his big ass jar of lube. If it weren’t for #1, this would be my winning vote. 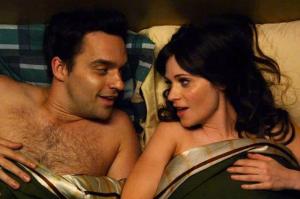 #1 FINALLY. Thank you Elizabeth Meriwether for making such a genius episode that built up to this moment. I don’t think it could have been anymore adorkable. When Nick picked Jess up out of the elevator and Elle Goulding’s “Anything Could Happen” started playing, we all knew it was on…like Donkey Kong.

And you did Jess, you did.