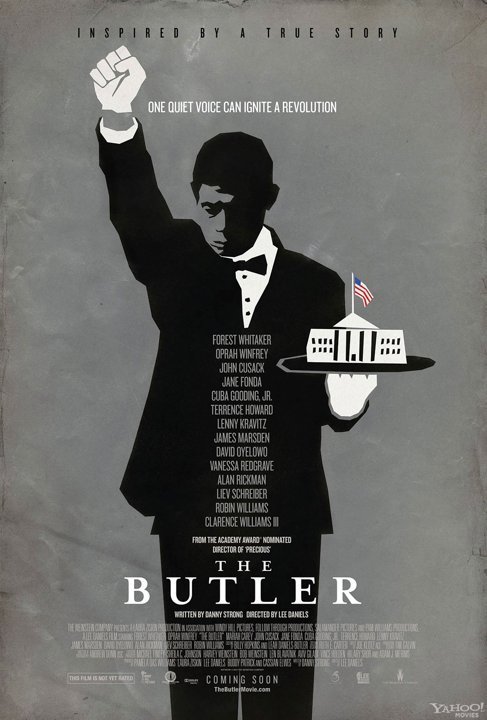 “A look at the life of Cecil Gaines (Forest Whitaker) who served eight presidents as the White House’s head butler from 1952 to 1986, and had a unique front-row seat as political and racial history was made.”

Reasons to watch:  This historical drama promises to be powerful.  Just watching the trailer I’m already emotional.  If that’s not reason enough, there are five presidents depicted in the movie including Robin Williams as Dwight Eisenhower, James Marsden as JFK, Liev Schreiber as Lyndon B. Johnson, John Cusack as Richard Nixon, and Alan Rickman as Ronald Reagan.

“A massage therapist is unable to do her job when stricken with a mysterious and sudden aversion to bodily contact. Meanwhile, her uptight brother’s foundering dental practice receives new life when clients seek out his healing touch.”

Reasons to watch:  With a cast including Rosemarie DeWitt, Ellen Page, Allison Janney, and Ron Livingston you know its going to be good.  The movie premiered at the 2013 Sundance Festival  and picked up a Grand Jury Prize nomination.

“The last two years of Princess Diana’s life: her campaign against land mines and her relationship with surgeon Dr Hasnat Khan.”

Reasons to watch: Naomi Watts portrays the people’s princess in the first high budget film about her life.

“When a poor college student who cracks an online poker game goes bust, he arranges a face-to-face with the man he thinks cheated him, a sly offshore entrepreneur.”

Reasons to watch: Justin Timberlake vs. Ben Affleck, what more of a reason do you need?

“A Boston man kidnaps the person he suspects is behind the disappearance of his young daughter and her best friend.”

Reasons to watch:  The film answers the question how far will a father go?  Just watching the trailer got my heart racing and with a cast that includes Viola Davis, Hugh Jackman, Terrence Howard, Paul Dano, Jake Gyllenhaal, and Maria Bello it has to be good.