Ready for 2014 Rock Paper Watchers? To celebrate the new year, we are releasing our “Can’t Miss This List” so you know our picks for upcoming shows, movies, albums, and books.  Check back tomorrow for our top 2014 music picks! And click here for our movie and television picks.

Named one of the 14 Rising Stars of 2014 by Entertainment Weekly, Bittersweet is Beverly-Whittemore’s third novel. The novel tells the story of a young co-ed named Mabel who is invited to Bittersweet, a cottage in Vermont owned by her roommate’s blue-blooded family. As she falls in love with the atmosphere and the lifestyle, Mabel discovers the family’s dark secrets and must choose whether to expose them or stay quiet. With promises of twists and turns, this is a perfect read for those who loved Gone Girl and prefer soapy TV like Revenge or Scandal.

The Truth About The Harry Quebert Affair by Joël Dicker

This literary thriller has already sold almost a million copies in France, as well as topped bestseller lists in Italy and Spain, will finally be published in the US in May. This literary thriller is a book within a book. It tells the story of a 15-year-old New Hampshire girl who disappears and then picks up 30 years later when a young American writer, Marcus Goldman, turns to her disappearance for inspiration when her body shows up in the backyard of his mentor’s home.

Memoir of Neil Patrick Harris (Not yet titled)

After completing a creative history course on memoirs at Penn last semester, the genre has slowly grown on me. I even found myself reaching for a memoir and not fiction when I finally had the chance to read for fun again last month. But I’m not just going to read any old memoir. I want one with captivating and emotional stories, great characters, and mini-life lessons, both big and small. I believe NPH is going to deliver in those categories. It helps that he references one of my favorite memoirs, Tina Fey’s Bossypants, in his news release. You have to admit, the man knows how to catch the attention of his target audience. 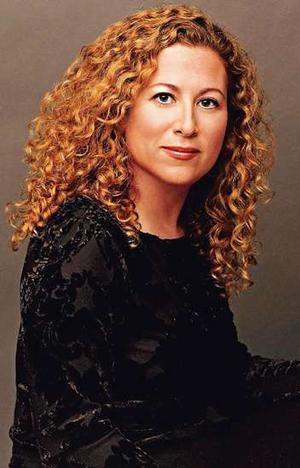 Confession Time – I am a sucker for all things Jodi Picoult. I have yet to read a novel written by her that I didn’t absolutely love. I’m a fan of her character development, her use of characters across stories, her gut-wrenching plot lines, and her epic twists. No one can punch you in the literary gut quite like my girl, Jodi. Don’t believe me? Just read My Sister’s Keeper or Nineteen Minutes. But I digress.

I was thrilled to learn that Picoult is releasing a new novel in October 2014. The book is entitled “Leaving Time” and it tells the story of a girl named Jenna whose mother went missing when she was 3 years old and the family was living and working on an elephant sanctuary. The book follows Jenna’s search for her mother as Jenna believes her mother would never have left her intentionally. The best part = Picoult promises that the story features a “fabulous twist” that rivals My Sister’s Keeper.

The writers of Rock Paper Watch are all close friends who are unfortunately separated by a few hundred miles. So each week, they would email and chat to recap their favorite music, books, movies, shows, and celebs. Not only would they share views and opinions, but they’d share websites, blogs, and theories. One day, after a lengthy discussion around Game of Thrones, they realized it was time to share their conversations with the rest of the world. So, RockPaperWatch.com was born. Our blog is a compilation of our views, opinions, theories, and obsessions with all things pop culture. Whatever way you throw it, there’s something for everyone at Rock Paper Watch!