Ready for 2014 Rock Paper Watchers? To celebrate the new year, we are releasing our “Can’t Miss This List” so you know our picks for upcoming shows, movies, albums, and books.  Check out our lists for the 2014 movies, books, and television.

“Out Among the Stars” by Johnny Cash

I can admit that I’m not a huge country fan, but boy do I love me some Johnny Cash. I was thrilled when it was announced last year that John Carter Cash, son of the late Johnny and June, discovered 12 songs recorded by Johnny Cash in 1981 and 1984. The tracks, which include duets with June Carter Cash and Waylon Jennings, have been sitting in a vault forgotten for the past thirty years and have never been released to the public.

In 2013, Pharrell simultaneously held the #1 and #2 song on Billboard’s Top 100, was nominated for seven Grammy Awards, and released the first-ever 24 hour music video. All of that was done without releasing a new album. But America heard plenty of the Man Who Never Ages in Robin Thicke’s “Blurred Lines,” Daft Punk’s “Get Lucky,” and on the Despicable Me 2 soundtrack. Can you imagine what will happen in 2014 when Pharrell releases his own album from Columbia Records? The new album will drop later this year and will include “Happy,” the single from Despicable Me 2.

When her single ‘Somebody Loves You’ was featured in the viral Home Depot Proposal, her song took off at a rapid pace. Once released, it debuted at #44 on iTunes and at #4 on Spotify. She was quickly signed to RCA records in September and has been tour and in the studio ever since. In the meantime, her EP ‘The Movement’ is available on Spotify and for download on iTunes. 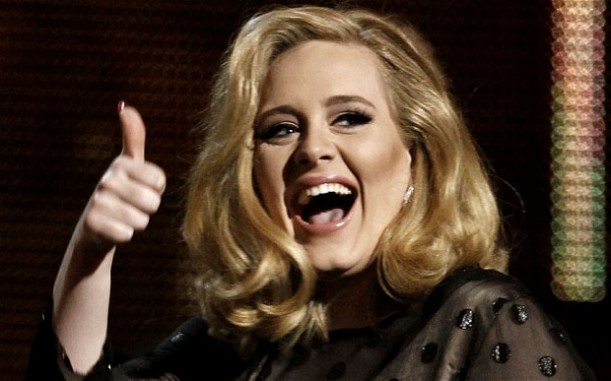 It was recently confirmed by Adele’s publicist that she has been working on her third album, a follow up to 2011’s 21, which is officially the first album to sell over 3 million digital copies. Naturally, expectations are high for this next album. Adele is reportedly working with Kid Harpoon, James Ford, William Orbit, and Ryan Tedder.